Please enter your e-mail address below to be notified when this product comes back in stock.
We will not share, rent, sell or use this e-mail address for any other purpose other than to tell you when the product is back in stock.
West Malaysia Free Shipping Available, East Malaysia Local Pick Up Available | International Shipping Available | Enjoy rebate up to RM200 MAX on all 2nd Order
HOW TO CHOOSE AN ACOUSTIC GUITAR? 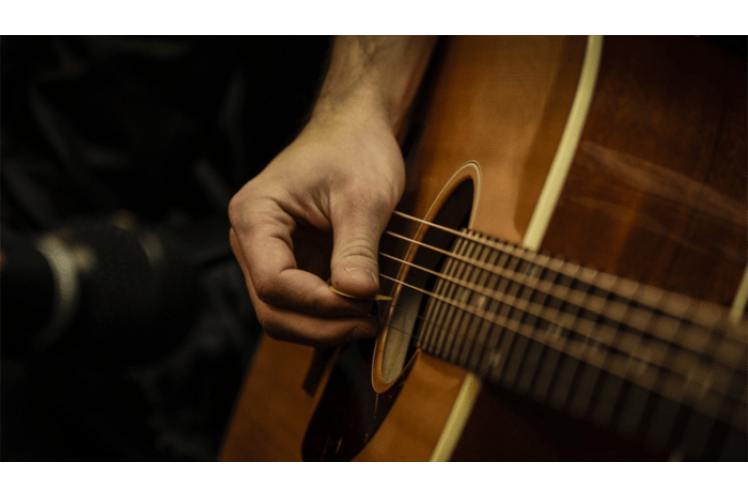 The right tonewoods for you highly depend on what kind of sounds you like and how you play. A finger style player would want wood that responds to their delicate play style as opposed to a wood that requires a stronger force such as a pick, to fully resonate.

Guitar craftsman or luthiers believe that the wood chosen for the top is the single most important factor in determining what the instrument will sound like. After the top; the back, sides and neck are the secondary in overall tonality. Other woods such as bracing, binding, bridge and fretboard can also serve to enhance or constrain the tonal effects of an acoustic guitar’s other woods - thought they don’t generally define the sound of an instrument.

It is important to keep in mind that wood species can be responsible for certain aspects of the the tone of any guitar. What’s equally important are the design, skill of the maker and the quality of each individual piece of wood that’s used. However, tonewood selection can be a determining factor in the creation of a bespoke guitar or a guitar designed for a specific purpose.

Wood selection plays a tremendous role in the cost of a guitar. Some manufacturers put aside ‘choice’ pieces of wood as they receive shipments and utilise these pieces to craft limited-edition instruments. The rarity of particular wood, the amount of figuring or detail in its grain and even the style of finish affect price.

Many lower-priced guitars use laminated wood or a series of layers to comprise the top instead of one solid piece. Laminated wood does not tend to vibrate as wholly or retains the same sound characteristics as a solid top, though many player prize lamination of its reliability in changing climates and temperature environments, and also find that it produces a fine tone onstage.

Here are some of the choices :

Spruce is a standard material for tops, the most commonly used species being Sitka. Its high rigidity combined with the lightweight characteristics of most softwoods makes it a natural for high velocity of sound. Sitka spruce also has a powerful direct tone capable of retaining its clarity when played forcefully.

Cedar, particularly Western Red Cedar is a popular top wood for its balanced warm sound. It’s particularly favored by fingerstyle players for its signature quick and rich response to the lighter playing style.

Different species of maple such as big leaf, sugar, and Bearclaw tend to be acoustically transparent due to their lower response rate and a high degree of internal damping. This allows the tonal characteristics of the top to be heard without the addition of significant tonal coloration.

Rosewood is known for its high response rate and a broad range of overtones and is also characterized by strength and complexity in the bottom end and overall darkness of tone in the rest of the range. Strong mids and highs also contribute a richness of tone to the upper registers.

Should I go acoustic or acoustic-electric?

Choosing between an acoustic guitar and an acoustic-electric guitar is an important decision, and it goes back to how you plan to use your instrument. The difference between the two is that an acoustic-electric guitar contains a kind of electronic ‘pick up’ system, so you can plug into an amplifier or a PA system and hear your acoustic sound reproduced. Even if you don’t prefer playing out live, there are many benefits to choosing an acoustic-electric guitar. Many musicians enjoy being able to plug their directly into an audio interface to record their songs. That way, you can sketch down song ideas fast without having to worry about buying or setting up any microphones. You will also avoid potential ‘room noise’ in your recordings.

Acoustic guitars come in a variety of sizes and shapes, from small travel sizes to classic to jumbo to dreadnought. The body style of an acoustic guitar determines its sound projection and tonal emphasis. One of the things to consider is tonal quality vs. playing comfort. Some acoustic guitar bodies come in a single-cutaway design or even a double cutaway design which gives easier access to the upper frets.

Here are some of the choices :

It makes sense to start with the most famous, the poster-boy of acoustic guitars. It’s the first thing non-players imagine when they think of an acoustic guitar and, sure enough, it’s one of the most versatile instruments you can pick up. By versatile, we mean it is just as much at home in a variety of musical settings and genres, from rock to folk, indie to punk. Dreadnoughts produce a louder sound. They also produce a bass-heavy sound than the other shapes. In terms of playability, dreadnoughts can be harder to hold and therefore harder to play, and less enjoyable to play for smaller people and beginners. However, the necks do tend to be quite narrow, meaning it’s easier for smaller hands (but harder for fingerpicking).

Size-wise they are in between the Dreadnought and the Concert – typically with a 15 inch (38cm) width at the lower bout. They are generally quite similar in shape to the concert style but just with that larger lower bout. They achieve a great balance between volume, tone, and playability. Next to Dreadnoughts these are the most popular acoustics today. It is a great all-rounder for playing a variety of styles.

Jumbos are great for strumming and produce a lot of volume. This can be great for around the campfire. Not as common these days but you can still find them.

At the other end of the size extreme sits a shape called the parlour. Parlour acoustics are among the smallest in body size you can buy – not counting the modern ‘baby’ guitars – and are typically favoured by players of more low-key, less brash musical styles like folk and indie. Once again, the guitar’s distinctive shrunken body shape is another invention from the CF Martin guitar house, with the guitar’s neck typically joining the body around the 12th fret.

The guitar’s ‘shoulders’ – where the body meets the neck joint – will usually be slightly sloped than what you’d see in a classic dreadnought acoustic, while the base of the body will also be narrower than larger sized guitars. All of which makes for a more comfortable and less physically intrusive playing experience. Another obvious benefit of this is the portability of parlour guitars. Their relatively smaller form factor means they lend themselves well to being slung in a case and carted off to gigs with less hassle than, for example, a jumbo-sized acoustic.

In terms of precedent, one of the best-known users of a parlour acoustic is Ian Anderson, frontman of eccentric British prog-rockers Jethro Tull. The smaller sized guitar enabled Mr Anderson to sling it off his shoulders, often mid-song, to embark on a flute solo or child-scaring facial contortion marathon.  So, if that’s your goal, a parlour is the guitar for you.

These are essentially smaller sized versions of the some of the shapes above. They can take on more of a dreadnought shape or more of a grand auditorium shape. They are perfect for smaller musicians and those who want a guitar they can easily travel with.

Acoustic guitars can also come with a top (soundboard) that is arched or flat. Whilst flat tops are far and away, the most common shaped top on a guitar you can still find plenty of options for an archtop.

Archtops are mostly used by Jazz players but are used by other styles from time to time.

A lot of people would argue that the archtop produces a more pleasing sound. Archtops have been said to produce a purr rather than a roar. It’s safe to say that the archtop may not be as loud or as lively as the flat top but can be a pleasant sound to listen to.

What’s the Best Shape for You?

Of course, guitar shapes don’t fall exactly within these dimensions and there are variations on the ‘standard’ shapes. What shape you go with will depend on your physical size, your playing style and your personal preference. It’s a good idea to try out some different shapes to see which ones you prefer in terms of playability, volume and comfort.

Many acoustic guitars come with pickups and preamplifiers built in for playing larger venues where your acoustic sound needs to fill the room. Some instruments have preamps mounted in a hole cut in the side of the instrument, while others mount inside the soundhole. There are systems that combine preamplifier, microphone, piezo pickups, EQ, and tuners.

When it comes to choosing a neck, the size of your hand is key. Generally, the thickness and width of the neck is based on the size of the body of the instrument as well as how many frets the neck has. Usually, acoustic necks are listed as 12-fret or 14-fret. This refers to the number of frets clear of the body, not how many overall.

Intonation determines whether or not the notes play in tune as you move up the neck. If the distance between the frets (usually above the 12th fret) is off, the guitar will be incapable of playing in tune and therefore useless as a recording or performance instrument.

The type of tuning machine your guitar has is very important. This is what allows you to fine tune and hold pitch. Enclosed machine heads resist rust and airborne corrosives, and therefore don’t require as much maintenance or replacement as open tuning machines.

Different types of finish can affect the way the wood vibrates, but there is nothing you can do about this. These decisions are make by the guitar maker and they usually choose wisely. The guitars can have many different kinds of finish coats or polymers that actually can create a vast difference in tonal quality between guitars of the same construction and tonewoods.  We will only briefly describe how different finishes affect the overall tone in this article.

Though there are several different kinds of polymers and lacquers, we will look at 3 general finishes.

The Glossy finish gives the guitar a very shiny, brilliant, crisp look.  This is often favoured for the flashy look it gives, especially when under stage lights. However, one should know that a high gloss finish will create the brightest and most projection of the sound of all 3 general finish grades.

The Satin finish is more of a soft, semi-gloss and can give the guitar a softer look, as well as a bit less projection or ‘punchiness'. ‘Punchiness’ is how well a tone pierces through or makes itself distinct among other sounds in concert. A satin finish will be more balanced and will have a tendency to blend in with other instruments without completely being masked. When choosing the finish of the guitar, it is best to know what kinds of music you will be playing, as well as the mix of instruments you will be playing with.

3. The Flat or Dull Finish

Being the least common of commercial acoustic guitar finished, the flat or dull finish can appear to have no finish at particular distances and angles.  The flat finish produces the least projecting of the finishes and can really mellow out a guitar's tone wood.

We wish you the best of luck in your musical journey! 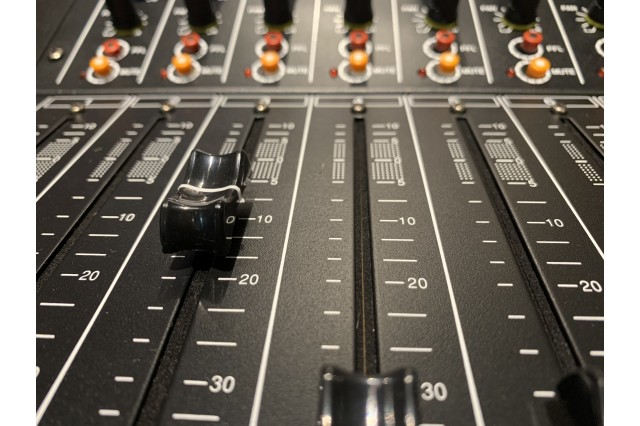 DO WE NEED MIXER TO RECORD MUSIC AT HOME? 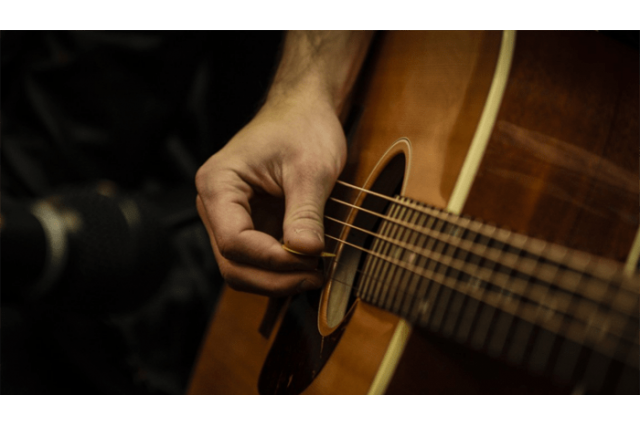 HOW TO CHOOSE AN ACOUSTIC GUITAR? 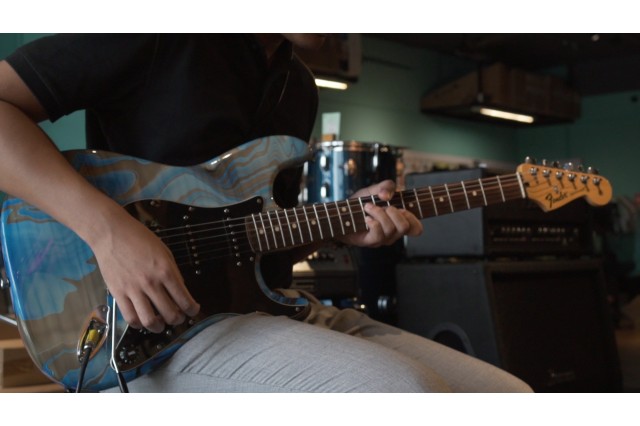 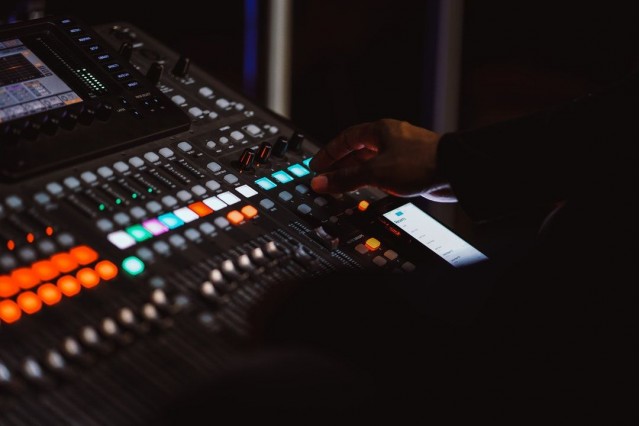 PA SYSTEM: IN A NUTSHELL