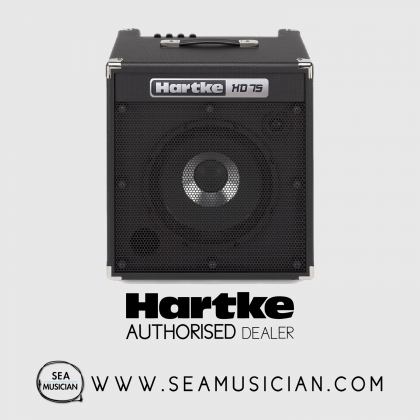 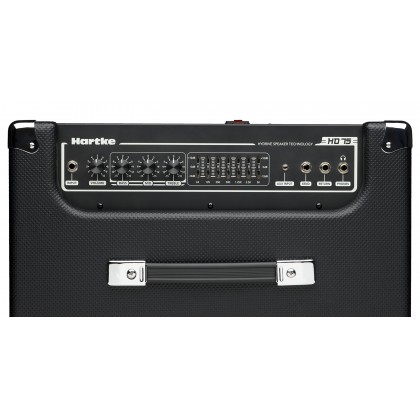 The all-new HD75 Bass Combo packs Hartke's patented HyDrive speaker technology into a sleek combo design capable of greatly enriching your low-end tone and with enough power to handle any rehearsal space or small performance venue. The HD75 also maintains Hartke's commitment to producing high-quality bass amplification with exceptional durability. The HD75 (75 watts, 12" driver, 1" tweeter) employs Hartke's patented HyDrive Speaker Technology that offers a carefully crafted hybrid (half paper, half aluminum) cone bass speaker. By combining the warmth and roundness of paper with the punch and attack of aluminum, the HyDrive design produces serious tone that is ideal for bass players of all genres and styles. Hartke proves that great tone doesn't need to cost a ton with the Hartke HD75 bass combo amp. Pushing 75 watts of power through a single 12" speaker and 1" tweeter, the HD75 is perfect for any rehearsal space or gig. When you're gigging out and about, durability is a must, and the HD75 will easily withstand being lugged from gig to gig. The Hartke HD75 bass combo amp is a great choice when you don't need a ton of power, but you also don't want to sacrifice tone.